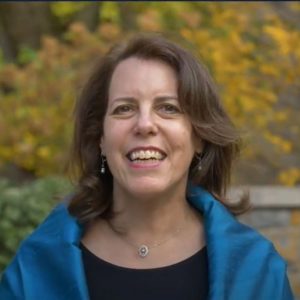 As the founder and creative engine behind Genesis at the Crossroads, Wendy designed all programs to date and continues to oversee production and implementation of performance/artistic programs, education and humanitarian initiatives worldwide. She forged national/international partnerships with over 45 institutions and founded Saffron Caravan, Genesis’ professional world music ensemble uniting artists from Iran, Afghanistan, Cuba, Morocco, Israel, India, Brazil, Venezuela and the US for cross-cultural collaborative performance and educational programs.  Since 2011, Sternberg has created and produced a body of inquiry-based salon programs on the intersection of human rights, human development and the role of the arts to help shape and inform a humanistic society and transform conflict. One annual salon series focuses on women’s leadership. She masterminds the creative development/management of the current Genesis Academy Summer Institutes for international youth leaders from areas of conflict as well as the future Genesis Peace Hub. (Due to the pandemic, the Peace Hub began virtually in 2020 with Sounds of Healing; its physical campus place-making on Chicago’s South side is in the process of coming to fruition for a slated 2023 opening.)

Affectionately called a Doctor without a Border, her prior 20+ year career as a primary care internal medicine physician informs the healing aspects at the heart of Genesis at the Crossroads. Under her leadership, Genesis boasts over 150 award-winning programs, internationally acclaimed by the UN, The Kennedy Center, Rotary, The King of Morocco, the British Council, the US Institute of Peace and the US Department of State. A Rotary Peace Fellow and a Salzburg Global Seminar Fellow, Today’s Chicago Woman Magazine featured her as a Woman to Watch. She was named one of the 10 Jewish Chicagoans of the Year and was a 2011 Charles Bronfman Prize Nominee. Sternberg is a member of the Chicago Chapter of the Woods Fund – Kellogg Foundation’s Truth, Racial Healing, Transformation Task Force. On the celebratory occasion of the 150th anniversary of Gandhi’s birth, Sternberg was deeply honored to be chosen as the closing speaker, following the remarks of Gandhi’s Granddaughter, Nelson Mandela’s Daughter and Cesar Chavez’s Grandson at the Gandhi 150: A Legacy of Peace 2019 program in Chicago. She keynoted the Gandhi King Foundation’s 2020 virtual peace program in India at the University of Hyderabad.

In the face of the pandemic, she retooled Genesis’ 2006 Art of Healing initiative into a cross-cultural collaborative health and wellness program with a focus on arts, trauma and healing. It features multiple virtual and in-person programs over the next few years (Sounds of Healing). Among other written work, publications include: For the Sake of Humanity; Research on Cross-Cultural Collaborative Arts for Public Health, Chapter in The Oxford Handbook of Methods for Public Scholarship, Oxford Press (2018). 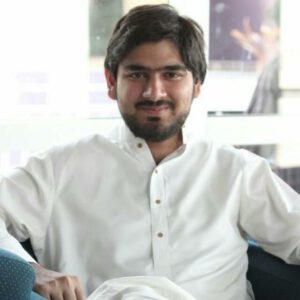 Ismail is a social entrepreneur based in Pakistan whose work focuses on edTech, intercultural exchange, and reclamation of artistic space. His ventures include Takmeel, a school which grooms recent Pakistani computer science graduates to enhance their skillset as the industry continues to see unparalleled, non-linear growth. The program connects them to jobs on a shared-income basis with Google Launchpad’s affiliated incubation center entitled, Nest i/o. Ismail’s personal social venture, The Perfect Plan, focuses on giving young artists a platform to capacity build their talent and leadership while simultaneously raising funds to support both their artistry and impact.  Through this process, the artists not only get to bask in the limelight on the world stage, but also become featured talent for global corporate brands that are household names. Key success stories include: Nescafe Basement’s Ali Tariq and Pepsi Battle of the Bands’ Auj The Band. Ismail’s third venture, Saath Chal (which means Come Along in Urdu), focuses on an intercultural exchange between the diverse cultures within Pakistan and beyond its borders to promote peace.

Though technically oriented, Ismail chose to pursue his education at Habib University, Pakistan’s first liberal arts university that is committed to delivering a well-rounded civics education that fosters humanism.  Habib University boasts an array of prestigious community partners including Stanford University, Pitzer College, UC Berkeley and University of Michigan. Ismail received his Bachelor of Science in Computer Science in May 2020.  While a student there, he had the opportunity to compete for and become accepted into Stanford’s prestigious Technology and Innovation Intensive Studies Program. This allowed him a full quarter of study at Stanford’s Paolo Alto campus, for which he received a certificate of completion for all courses pursued and a 4.0 grade point average. He was both Dean’s listed and President’s listed at Habib University.

Additionally, Ismail studied tech entrepreneurship at University of Sussex, UK under Harvard faculty member, Dr. Stephano Denicolai. Other various NGO affiliations include Genesis at the Crossroads (USA), iEarn (Pakistan), and Youth Thinkers’ Society (Nepal) in the domains of peacebuilding and education for the former two and women’s empowerment, for the latter.

During the high school year he participated in the US Department of State’s Kennedy-Lugar Youth Exchange & Study Program, Ismail received the Presidential Award for Community Service by then President Obama.  Among his numerous other awards, he was the recipient of the 2015 Duke of Edinburgh Bronze Award and the 2013 Habib University Meritorious Award.

A passionate young man who always pursues big dreams, Ismail fully dedicates his life to making his mark bridging cultural differences for world peace. In 2016, at age 19, Dr. Wendy Sternberg, Genesis at the Crossroads’ founder and executive director identified him as next-generation youth talent in the field of peacebuilding and elected to mentor him ever since. He is deeply honored to be a critical part of Genesis at the Crossroads’ senior leadership succession plan. 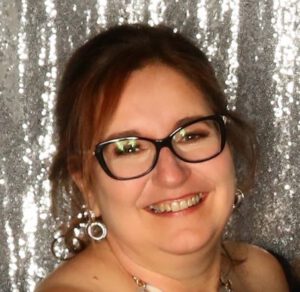 Ilana Kopinsky is a South African-born entrepreneur who founded a web-based business in 1999, just as the internet was in its infancy. Over the years, she has been involved in all aspects of directing a small business, from website design, marketing, and bookkeeping to managing all supply chain components of sourcing, packaging and shipping inventory. While raising four gifted children, she grew her home-based company from a one-woman enterprise to a thriving business with five employees and an annual gross income over $1 Million.

Simultaneously, as a valued community member, she also participated in and directed extensive volunteer efforts for her local chapter of Hadassah, a Jewish Women’s group, and the Parent Teacher Organization (PTO) at her children’s schools: Solomon Schechter Day School, District 102 and District 125, wherein she held many different board positions: President, Vice President, Treasurer, Membership, Recording Secretary and Fundraising. She was also instrumental in mounting and managing successful fundraising events for that same diverse set of organizations. In 2006, though she elected to close her business to focus on her family, she maintained a private client list for boutique managerial projects.

Born and raised in South Africa, Ilana graduated with a Bachelor of Pharmacy degree from the University of the Witwatersrand. She subsequently graduated from The Archie Leggat School of Fashion Design. She has informal training in graphic arts and taught herself both Microsoft and Adobe software for her business and personal needs. She passionately pursues many creative home projects, including adventure travel, photographic essays and the culinary arts, the latter as an amateur chef. 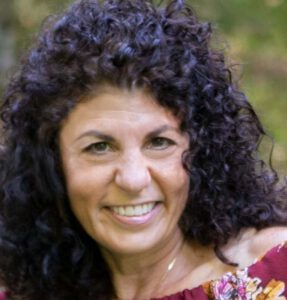 Robin has spent more than 25 years serving thousands of clients by bringing people together through adventure and philanthropic travel and events on every continent except Antarctica. As founder and executive director of Steppin’ Out Adventures™ and Caring Generations™, she has built a robust social network both on-line and off-line that has shared in events such as starting a building fund for a school in Peru, helping a local orphanage build rooms in Tanzania, showing townspeople how to market their crafts in South Africa, and learning how to drum in Rwanda.

She has also worked with a range of corporations including Verizon and Nestle as a team building event planner. Her work with nonprofits includes developing a senior volunteer program for Arlington County and helping organizations create fundraising events such as charity walks and bike rides. She conceptualized and managed the Lymphoma Research Foundation’s bike ride that has raised almost 7 million dollars in its 14 years.  She has worked with not-for-profits helping them design unique travel itineraries for their donors – often to visit the area in which they have funded or to build awareness to attract more funders.  Her passion is to help “make a small world after all” by bringing people together from different cultures, regions, and backgrounds to share an experience and learn from one another.

Prior to starting her company, Robin was program director of the National Association of Women’s Health Professional, where she developed conferences and workshops for professionals to help them understand what women seek in their health care needs. She also has an extensive background in marketing communications and public relations from prior roles as an assistant editor of a local newspaper, the public relations coordinator for a hospital and the marketing and health educator at Blue Cross and Blue Shield.  She is a graduate of Brandeis University.