We honor the profound contributions of Lady Valerie Solti and Abha Joshi-Ghani, who were both part of the Genesis Women’s Leadership Salon community. Though they both tragically passed away in 2021, their far-reaching legacies live on.

Lady Solti broke the glass ceiling for women in mainstream media as the first anchorwoman for the BBC. Abha Joshi Ghani dedicated her life and career at the World Bank to creating public private partnerships to serve humanity and shape the developing world. They are sorely missed. 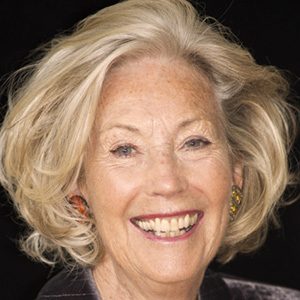 Because of her shared life with her Husband Sir Georg Solti, Valerie Solti has, since his death, continued to be involved with the international world of classical music and opera, both as an advisor and as a fundraiser. Trained at Royal Academy of Dramatic Art, she started her professional acting career in the West End and went on to work in television as an interviewer and presenter with the BBC. She is credited as being one of the BBC’s original team of television presenters during the 1950s. Lady Solti appeared on children’s television, as a presenter of Play School and then at Granada Televisions series for older children, ExtraOrdinary, about true stories involving science and the arts. After marrying Sir Georg Solti, she continued her television work on a freelance basis, specializing in arts and music programs. For several years, she was a regular panelist on the musical quiz program Face the Music.  Following her Husband’s death in 1997, she continued her Husband’s work of giving advice to young musicians at the start of their careers.

Lady Solti served on the board of several music organizations, including: The Chicago Symphony Orchestra, The Mariinsky Theatre Trust, The Hungarian Cultural Centre, The Liszt Academy Budapest, The Solti Foundation, The Frankfurt Conducting Competition and the Solti Accademia Bel Canto. Her principle commitments are to the Mariinsky Theatre St. Petersburg, Sadler’s Wells London and the Liszt Academy Budapest. In 2007, Lady Solti was appointed Cultural Ambassador to the Hungarian Government. She is the patroness of the World Orchestra for Peace, which her Husband founded and whose first concert at the United Nations he conducted.  In the past, she also proudly served in senior leadership positions and on the boards of many organizations from the Royal College of Music and the Jewish Music Institute to the London Philharmonic and the Rolex Global Mentor & Protege Initiative. She has been a Trustee of Music Preserved, Music in Country Churches and Opera 80 (now English Touring Opera).  The renowned recipient of The Order of Merit of the Republic of Hungary and The Montblanc de la Culture Arts Patronage Award 2013, she was bestowed with the Arts & Business Award for Service to Arts in the UK. 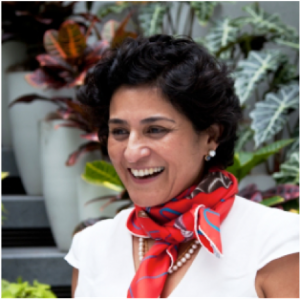 She was Co-Chair of the World Economic Forum Global Future Council on Cities. She worked primarily on infrastructure finance and urban development at the World Bank. Her regional experience includes South and East Asia, Africa and the Middle East. She holds a Masters of Philosophy from Oxford University, UK as well as a Masters from Jawaharlal Nehru University, New Delhi, and a Bachelors from Lady Sri Rama College, Delhi University.

Abha sadly passed away in the fall of 2021.  Her tireless efforts to build a better world will live on, but we will surely miss her keen intelligence, strategic thinking, warmth and wit. She was a champion of the Genesis Peace Hub for the time she was with us. May she rest in peace. 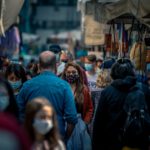 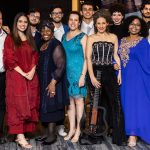 Genesis at the Crossroads’ Sounds of Healing – June 2022.  We need more right now.